Writing has a lot to do with timing. When to sit down and put random ideas into chaotic  files that keep multiplying of their own accord, when to leave the keyboard to save your hardware and your sanity, and when to commit your ramblings into hopefully what will be a cohesive and sensible sequence of ideas.

More important than knowing when to start writing, is having the discipline and common sense to know when it’s time to stop. Once that is done and the work has been submitted to the publisher the endless rounds of corrections and modifications begin to what you had earlier believed to be a finished project and a mini triumph of the spirit.

And then to write two books at the same time, swapping from one to the other according to the mood of the moment or the previous night’s jumbled sleep, is complete madness. The voices in my head may have quieted now that the two books are truly beyond my reach, but I know there will be things I still want to add, alter, clarify or contradict and this is where I hope the blog will be the answer to my prayers.

May it bridge the gap between what was and what will be.

May it leave its static body which is now unchangeable and leap into fertile territory where new ideas are born and continue to grow through a constantly evolving organic process. If the blog works in the way I envisage, together with my readers I can explore, deepen and refresh the ideas put forward in the two books and we can mutually benefit from the experience. In the same way as students, clients, friends and colleagues helped to build my craft in astrology, this platform with a funny name can take the knowledge further through the interaction of multiple tiny universes living and breathing out there in the social media world.

Let me start with what I think is the most obvious question.

Why The Little Prince? 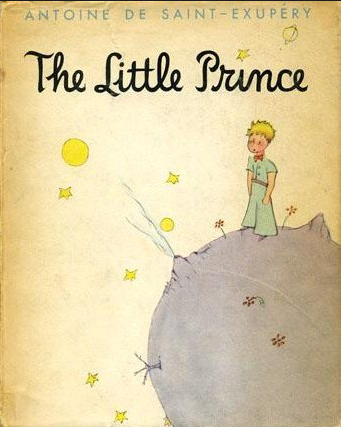 This little book holds less than one hundred pages and can be read from cover to cover in an afternoon’s sitting.

But it is so much more than a child’s fantasy book with one narrator, one alien little boy, and an array of characters ranging from a beautiful flower to a number of talking animals.

The Little Prince is a novella, a long short story written in 1943 by French aristocrat Antoine de Saint-Exupéry and is one of the best-selling books ever published.

It has been translated into 300 languages and dialects and annually sells nearly two million copies.

If you don’t have a copy of The Little Prince on your bookshelf at home, then I suggest that you buy one immediately, if only to be part of the world-wide experience of loving this tender and heart-breaking story.

I am sad to say that I did not meet The Little Prince in my own childhood, but instead I was introduced to it by my daughter when we were travelling together through Argentina and had arrived at its capital, Buenos Aires. With a strong physical presence throughout the city The Little Prince was especially at home in El Ateneo Grand Splendid, the most beautiful bookshop in the world, and seemed to flourish within the walls of its old-fashioned grandeur. Its author, Antoine, would have appreciated the interior decadence of the converted theatre with its wedding cake tiers of operatic boxes, its carved columns and discreet nooks and its lavish fresco on the domed ceiling. He would have loved the imagery and drama of its six giant figures supporting the first balcony of the beautiful external facade and his aristocratic blood would have revelled in the display of opulence from bygone days. Antoine spent several years of his life in Buenos Aires, even meeting and falling in love with his wife Consuela here, so it seems only right that Argentina would adopt him as a native son born on a different shore and celebrate his final book with such unadulterated pride.

After reading the book I wanted to know more about the man behind it and finding his astrology chart became my aim when I returned home again. I was not disappointed and Antoine’s natal chart reflects both the amazing facts of his own life as well as containing the germinating seeds for his little prince.

Saint-Exupéry’s chart and his life experiences provided wonderful examples for many of the concepts discussed in A Tiny Universe’s Companion.  He was born during daylight hours and the three planets of the day – Sun, Jupiter and Saturn – were heavily featured in the story of his life. His struggles with the opposing sect planets, Moon, Venus and Mars bore the fruits of his paranoia and became a vehicle for his emotional angst and his unpredictable behaviour. But they also provided his creativity, his insight into the human condition, and his passionate and obsessive love for Consuela.

A closer look at his chart shows there are areas of his life that completely blind-sided him where he could not fathom the magnitude of his problems, let alone access a viable solution. Issues such as a total disregard for the health of his body, his inability to define his place in the world, his loneliness and his struggle with adulthood are topics which are echoed by the little prince as he wanders the universe: all issues which are easily identified by inhabitants on this planet at different times of their lives. But for Saint-Exupéry these are issues that spring from his astrology chart and a lack of vision between a house and its ruling planet is a problem that is easy to describe, but difficult to come to terms with and takes a lifetime to consciously learn the gift of awareness or sound management skills.

Mercury is the natural significator of writers, communicators, thinkers and orators so you would expect in Tonio’s chart that this planet would have amazing abilities and to be of an exceptional quality when it came to the author expressing himself through prose. But this is not the case as his Mercury is restricted, difficult and burdened by limitations and the troubles borne by this planet constantly plagued a mind that was brilliant but also easily disrupted.

Patterns that weave their way through astrology charts are not always visible. Once you become practised at seeing them they become obvious to the eye making it possible for the brain to register their existence and analyse their relevance in the chart owner’s life. For A Tiny Universe’s Companion Tonio’s chart supplied wonderful examples to explore these patterns and the experiences of his life coupled with the simplicity of The Little Prince provided material for the exercise of examining some of the more involved techniques. But he is not unique in this matter. Within every chart lies intricate patterns and unsolved mysteries and every individual uses them in their own solitary way, according to their background, life experiences and birth horoscope.

My hope is that the two books I have recently completed will start a journey for the reader and that this blog can run alongside their path to assist, guide or encourage any that feel the need or desire to make the trip and to ask the questions that they feel most need answering.

2 Responses to A Tiny Universe